Posted by The First United Methodist Church of Warrensburg/NY on Sunday, July 25, 2021

Posted by The First United Methodist Church of Warrensburg/NY on Sunday, July 18, 2021

join us for live worship

Posted by The First United Methodist Church of Warrensburg/NY on Sunday, July 11, 2021 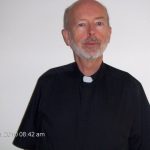 For example, coffee drinkers vs. coffee haters. Cat people vs. dog people. Morning people vs. night people. We could start some serious divisions here if I keep going. But there’s one more habit that divides people into separate camps. It’s the habit of reading a book all the way through to the end vs. reading the last chapter first. How many of you read a book from beginning to end? How many of you peek at the ending first to see if you’ll like the story?

One of the psychologists who led the study, Jonathan Leavitt, said once people know the ending to the story, it becomes easier to process the information and gain a deeper understanding of the action in the story. (1) On the other hand, knowing the ending to a story can be frustrating to some people. That’s the purpose of spoiler alerts.

A movie fan in Hong Kong was beaten up last year when he came out of a theater and began loudly announcing to fans waiting in line for the next showing the ending to the movie Avengers: Endgame which had just come out. Not everyone likes a peek at the ending first. (2) It spoils the experience for them.

This morning is a very special Sunday in the life of the Christian church. It is Transfiguration Sunday, a day when God gives three of Jesus’ disciples—Peter, James and John—a peek at the end of the story. In this mountaintop moment, these disciples get a glimpse of Jesus’ true identity and his true mission.

To the question, who do people say that the Son of Man is, the disciples answered, “Some say John the Baptist; others say Elijah; and still others, Jeremiah or one of the prophets.” Sounds like the answer to your average opinion poll, doesn’t it? Jesus is somebody important, somebody with a mission from God, but the respondents are kind of vague on the details.

But on the second question—who do you say that I am?—everybody got strangely quiet. Do you think they made eye contact with Jesus? If they had cell phones back then, all the disciples would probably be looking down at their cell phones, pretending that they had just gotten a really important text. All but Simon Peter. He was the only one to speak up: “You are the Messiah,” he said, “the Son of the living God.”

And at this moment, Jesus blesses him by changing his name. The name Simon literally means “to hear” or “he has heard,” and the name Peter means “rock.” In this moment, Simon Peter heard the truth from God—that Jesus is the Messiah.

Because of this, Jesus blessed him and changed his name to Peter—Rock, because the truth of his confession would become the rock on which God is building the worldwide church. Sounds like a great story, doesn’t it? Until we encounter a plot twist.

Immediately after revealing to his disciples that he was the Messiah sent from God, Jesus told them that he must go to Jerusalem to contend with the religious leaders, be killed and rise again after three days. This completely caught the disciples off guard. Peter tried to argue with Jesus, and Jesus quickly shut him down. How could that be part of the plan?

Wasn’t the Messiah supposed to lead a revolt against Rome and restore political power to the nation of Israel? How did Jesus’ death fit into that story line?

It is then that our Bible passage for today begins:

Jesus takes Peter, James, and John up the mountain.  There Moses and Elijah join him.  Now remember Moses and Elijah are long since dead and they are talking with Jesus about His upcoming death and resurrection.  Jesus is transfigured and shines just like Moses did when he went up the mountain to get the ten commandments.   Peter who always jumps in first and thinks about it afterward, says let’s build three tents and stay here.  God interrupts him and says “This is my son with Him I am well pleased”.

When they are coming down the mountain, he tells them not say anything about what happened until after His resurrection.   So, they are the only disciples who know about the end of the story and the beginning He will die and be resurrected.  If you have read your Bible through you know the end of the story.  Jesus wins!  Has Jesus revealed himself to you?  If not it is not because He doesn’t want to, you need to look for Him.  If you truly seek Him you will find Him.  He will reveal himself to you.  This week spend time looking for Him.  Come to the Ash Wednesday service I am sure He will be there.